Bottom line: As point mutations, small deletions and insertions are the commonest changes in HLH related genes, NGS based approach will capture them with high accuracy though better algorithms need to be used to reliably identify large deletions, duplications and insertion 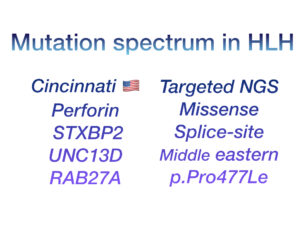